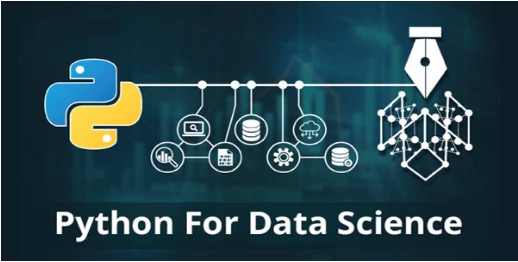 What is Data Science?

Before we start, though, I’d like to describe what I see as data science more formally. While I assume that you have a general idea of what data science is, it’s still a good idea to define it more specifically. It’ll also help us define a clear learning path.

As you may know, it’s hard to give a single, all-encompassing definition of a data scientist. If we ask ten people, I’m sure it will result in at least eleven different definitions of data science. So here’s my take on it.

To be a data scientist means knowing a lot about several areas. But first and foremost, you have to get comfortable with data. What kinds of data are there, how can it be stored,and how can it be retrieved? Is it real-time data or historical data? Can it be queried with SQL? Is it text, images, video, or a combination of these?

How you manage and process your data depends on a number of properties, or qualities, that allow us to describe it more accurately. These are also called the five V’s of data:

·       Variety: are there different types and sources of data, or just one type?

·       Value: at the end of all your processing, what value does the data bring to the table? Think of useful insights for management.

Although you’ll hear about these five V’s more often in the world of data engineering and big data, I strongly believe that they apply to all of the areas of expertise and are a nice way of looking at data.

In order to read, process, and store data, you need to have basic programming skills. You don’t need to be a software engineer, and you probably don’t need to know about software design and such, but you do need a certain level of scripting skills.

·       There are (literally) tons of useful libraries out there

There’s a reason the data science community has embraced Python initially. During the past years, however, many new super-useful Python libraries came out specifically for data science.

As if the above skills aren’t hard enough on their own, you also need a fairly good knowledge of math, statistics, and working scientifically.

Eventually, you want to present your results to your team, your manager, or the world! For that, you’ll need to visualize your results. You need to know about creating basic graphs, pie charts, histograms, and potting data on a map.

Each working field has or requires:

Generally, you’ll need to dive into what makes a field what it is. You can’t analyze data from a specific field of expertise without understanding the basic terminology and rules.

So what is a data scientist?

Coming back to our original question: what is data science? Or: what makes someone a data scientist? You need at least basic skills in all the subject areas named above. Every data scientist will have different levels of these skills. You can be strong in one, and weak in another. That’s OK.

For example, if you come from a math background, you’ll be great at the math part, but perhaps you’ll have a hard time wrestling with the data initially. On the other hand, some data scientists come from the AI/machine learning world and will tend toward that part of the job and less toward other parts. It doesn’t matter too much: in the end, we all need to learn and fill in the gaps. The differences are what makes this field exciting and full of learning opportunities!

The first stop when you want to use Python for Data Science: learning Python. If you’re completely new to Python, start learning the language itself first.

One of the reasons why Python is so popular for Data Science are the following two libraries:

1.     NumPy: “The fundamental package for scientific computing with Python.”

Let’s look at these two in a little more detail!

NumPy’s core functionality is mostly implemented in C, making it very, very fast compared to regular Python code. Hence, Aas long as you use NumPy arrays and operations, your code can be as fast or faster than someone doing the same operations in a fast and compiled language. You can learn more in my introduction to Numpy.

Like NumPy, Pandas offers us ways to work with in-memory data efficiently. Both libraries have an overlap in functionality. An important distinction is that Pandas offers us something called DataFrames. DataFrames are comparable to how a spreadsheet works, and you might know data frames from other languages, like R.

Pandas is the right tool for you when working with tabular data, such as data stored in spreadsheets or databases. pandas will help you to explore, clean, and process your data.

Every Python data scientist needs to visualize his or her results at some point, and there are many ways to visualize your work with Python.

What is Data Visualization?

Data visualization is a field in data analysis that deals with visual representation of data. It graphically plots data and is an effective way to communicate inferences from data.

Using data visualizaton, we can get a visual summary of our data. With pictures, maps and graphs, the human mind has an easier time processing and understanding any given data. Data visualization plays a significant role in the representation of both small and large data sets, but it is especially useful when we have large data sets, in which it is impossible to see all of our data, let alone process and understand it manually.

Python offers several plotting libraries, namely Matplotlib, seaborn and many other such data visualization packages with different features for creating informative, customized, and appealing plots to present data in the most simple and effective wa

Matplotlib and Seaborn are python libraries that are used for data visualization. They have inbuilt modules for plotting different graphs. While Matplotlib is used to embed graphs into applications, Seaborn is primarily used for statistical graphs.

But when should we use either of the two? Let’s understand this with the help of a comparative analysis. The table below provides comparison between Python’s two well-known visualization packages Matplotlib and Seaborn.

Anumula Raviteja
November 3, 2022
Back to blog
Back to home page